The Under-Estimation of
Climate Risks

The importance of regularly testing one’s assumptions when it comes to risk management is well understood, particularly in business circles. In the case of climate change it’s particularly critical because there are so many uncertainties surrounding potential climate futures, and uncertainty creates risk.

It might seem as if everyone, including business decision-makers, have been talking about climate risks non-stop for the last couple of years. That may be, but if climate risks are being significantly under-estimated despite all of that talk, the steps being with undertaken with the goal of managing those risks may not only be too little, too late, but may be fundamentally misguided.

There is a lot of evidence to suggest that from the Intergovernmental Panel on Climate Change on down, many if not most climate risk assessments today are downplaying or entirely missing potentially important sources of climate risk. That’s not actually surprising given the characteristics of climate change, in particular how fast relevant variables are shifting, as well as human nature when it comes to perceiving and responding such risks. Some of the key variables likely to result in under-estimating climate risks include:

Based on these variables, it is quite possible that in many cases societal and business climate risk assessments are missing the majority of climate risk.

This one-page microsite points you to three resources for exploring the topic. 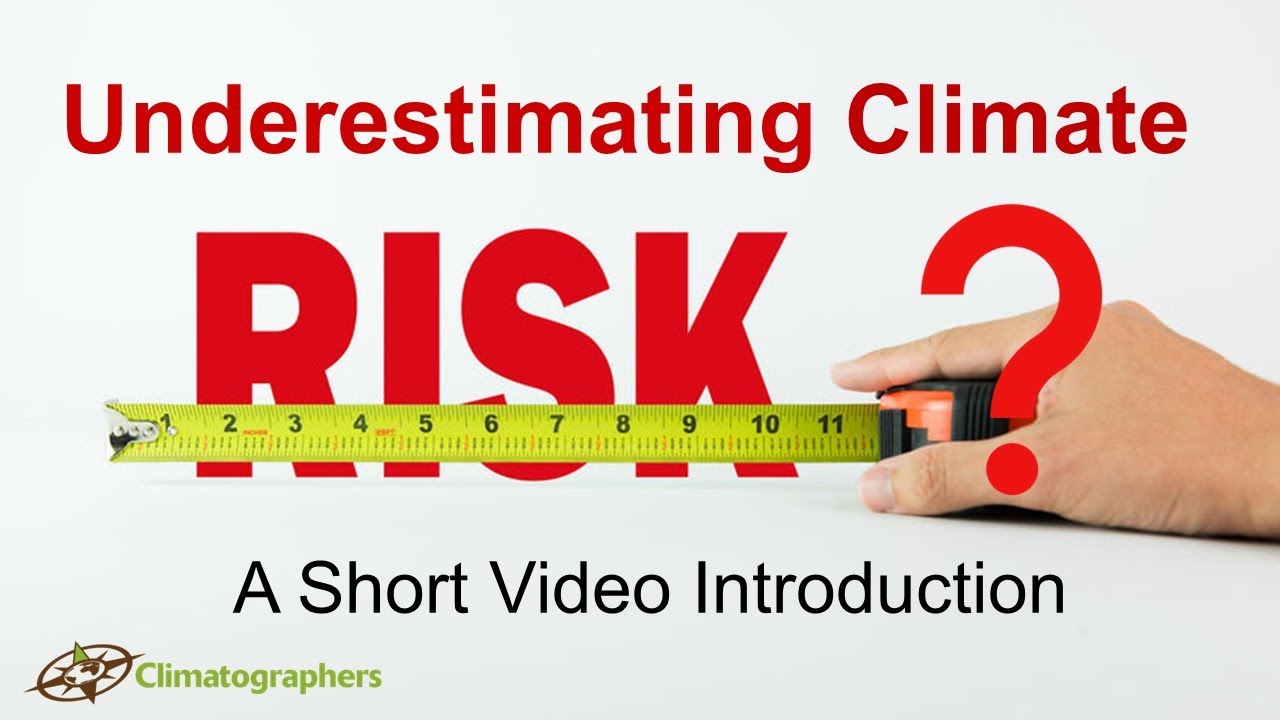 A short (6.5 min) topical overview video
click on image above or available here 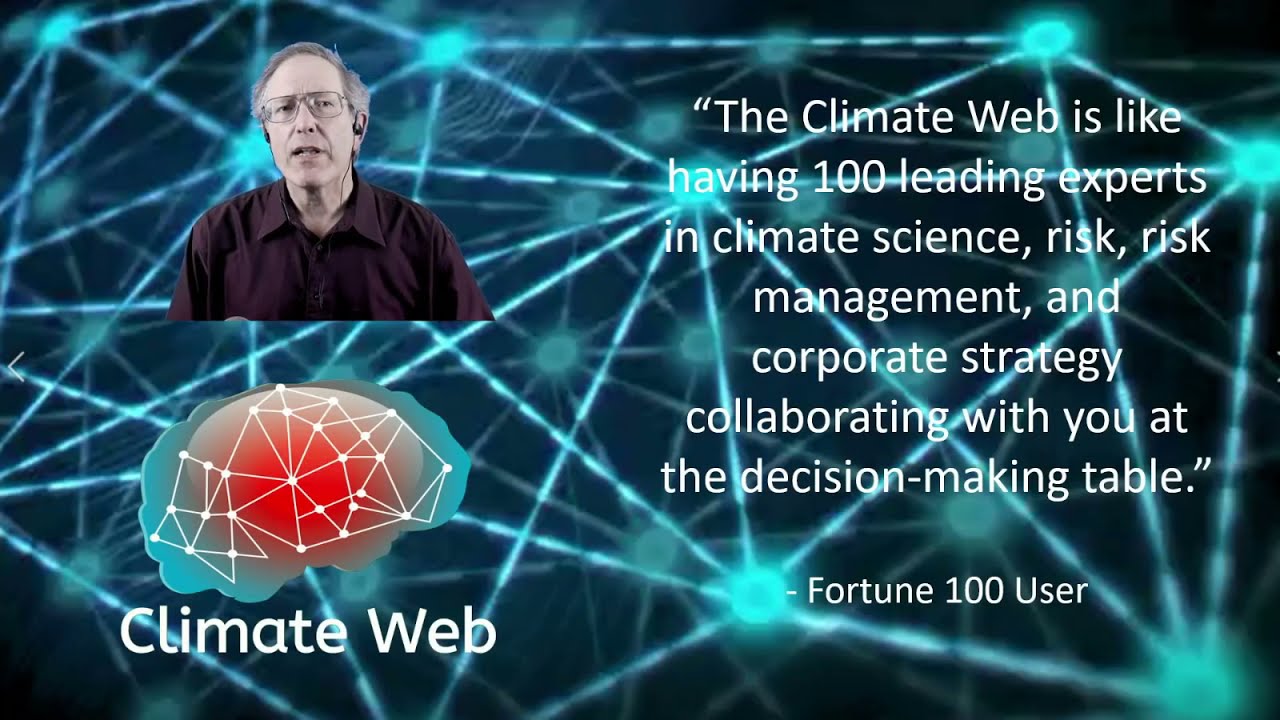 A short (8 min) video introducing you to some of the Climate Web’s most relevant topical resources for digging into under-estimated climate risks.

Our Underestimating Climate Risk Topical Roadmap walks you through the topic and the Climate Web’s relevant resources in far more detail than either of the two videos. Working your way through a Roadmap is simple, but can deliver the equivalent of a college course worth of content in a short period of time. For a limited time the Roadmap is available for FREE through our website. (NOTE: WE’VE TEMPORARILY ATTACHED THE TOPICAL ROADMAP DIRECTLY TO THIS MICRO-SITE. IT’S TO THE RIGHT! (or perhaps below on your mobile device!)

Below, several slides and explanatory text introduce you to some of the concepts covered in the resources listed above.

The problem in under-estimating climate risks often comes from focusing primarily on the “expected risk” part of the probability distribution, and much less so on the “grey rhino” and “black swan” parts of the distribution. As you can see from the slide shown here, there are many gray-rhino variables that could be missed by focusing on “expected risks.” And that’s without even trying to identify some of the black swan risks.

Some of these variables aren’t even factored into most climate models upon with climate risk assessments are based. Climate change tipping points, for example, are generally not factored into climate models because scientists don’t know enough about their “when” and “how.” But the likelihood of triggering such tipping points is increasing as climate change progresses, and will increase further if climate change is in fact accelerating.

Another commonly under-valued risk variables is “systemic climate risk.” Systemic risk used to be a term of art in the financial sector, but it is increasingly being recognized that climate change could trigger systemic risk events in its own right, from global food shortages to pandemics and even global conflict. Systemic climate risks are key because they can’t be managed through conventional business risk management tools, e.g. diversification and resilience, and are arguably becoming the risk elephant in the room.

Based on these variables, it is quite possible that in many cases societal and business climate risk assessments are missing a substantial fraction of, if not the majority of, climate risk. In making this statement we are not suggesting we are better able to predict the future than anyone else, and we’re not saying that all of the outcomes discussed here will come to pass in conventionally business-relevant time frames, or should be considered material in business decision-making. But we are suggesting that if these and other variables are being downplayed in or are missing altogether from risk assessments, A LOT of climate risk might be unaccounted for. And that’s a problem.

What about the question of opportunities? Yes, one company’s risk is often another company’s opportunity. But because business decision-makers have a fiduciary obligation to understand and respond to risks, more so than in the case of opportunities, we’ve framed this as a risk conversation.

The Climate Web can help you get your head around this topic in much more detail through our Under-Estimating Climate Risk Topical Roadmap (referred to above). It walks you through the story of under-estimated risk in far more detail, and points you to well over 100 specific spots in the Climate Web to explore one aspect of the topic or another.

If you want to explore this issue without working your way through a topical roadmap, however, there are other ways to do that.

We’d welcome your reaction to any of the resources mentioned in or linked to via this Microsite, as well as suggestions for how to make the topic more accessible. Please drop us a note at info@climatographer.com